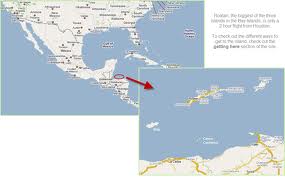 Guanaja is the “lost jewel” of the Caribbean. The island is about 3 miles wide and 11 miles long, with one 3 mile long road that connects the villages of Mangrove Bight on the north shore and Savannah Bight on the south shore. Aside from those villages, all other property around the island is water access only. It is the least developed of the three main Bay Islands.

Christopher Columbus christened what is today Guanaja as the “Island of Pines” in 1502. Although there are few patches of pine on Roatan, Guanaja is the only island whose vegetation is dominated by conifers.

It has the highest elevations of the bay islands (the highest peak being about 1400’) and is lush and green year round, although drier than many tropical islands. It is completely surrounded by the Mesoamerican reef system, second in size only to the famous Australian Great Barrier Reef system, which provides untouched reef for wonderful diving and snorkeling and extensive flats for fly fishing. Much of the island is also surrounded with swampland, so the bird life here is extensive and becoming very popular with “birders.” Our wildlife refuge is even the occasional home to migrating flocks of white pelicans. 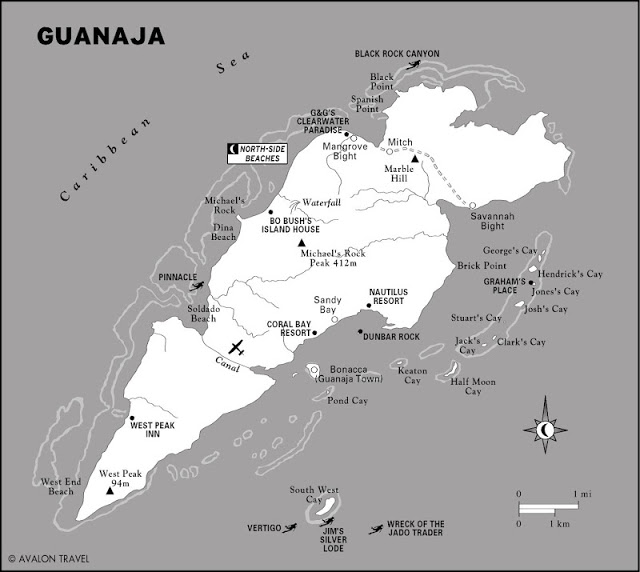 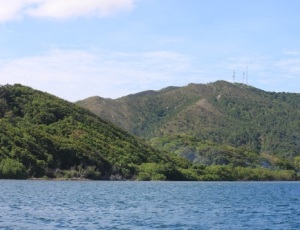 When it comes to diving, Guanaja has a lot to offer. The islands’ 45 plus dive sites are known for healthy reefs, pinnacles and volcanic caverns, and wrecks.

Guanaja is the second smallest of the three best-known bay islands and is the furthest away from mainland Honduras. It is the only island not directly accessible by ferry from the mainland or the other two islands of Roatan or Utila. The island has a small airport that can handle up to 19-passenger twin engine turbo prop planes and has two airlines that each has a morning flight and an afternoon flight connecting Guanaja to La Ceiba on the mainland and to Roatan. 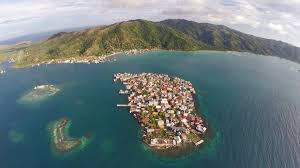 The island population is about 10,000, with the majority living on Bonacca, a small cay just off the south shore of the island. This densely populated cay has been described as the Venice of Honduras because of the waterways that run through it. Guanaja was settled by descendants of British families that matriculated through the Cayman Islands, and the first language is English. 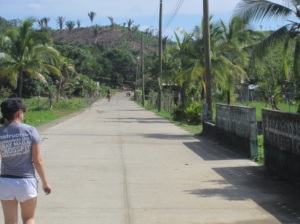 Many more people of Spanish descent have come over from the mainland, so a large portion of the population speaks only Spanish now. However, if you speak to anyone from the original families that settled Guanaja, you will quickly be informed that “Bonaccans” speak English, not Spanish. Also, many of these descendants have fair complexions and red or blond hair. Most of the locals now speak their own “patois” of English and Spanish. 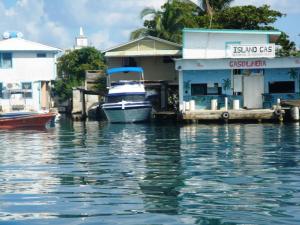 Many of the inhabitants live by going out on the seasonal fishing/lobster/shrimp boats. Many have family members that live and work in Cayman or the US and send funds home to assist with support for their families that are still at home. Guanaja has a sizable expat community consisting mostly of Americans, Canadians, and Germans.

Many sail boaters discover the island and return year after year and eventually settle here. The island has almost a spiritual draw for many folks. It is quiet, peaceful, and far enough off the beaten path to, pretty much, be its own entity. We receive deliveries, including all supplies and food, to the island via freight boat once a week, as long as a major holiday or Mother Nature doesn’t interfere. All supplies are then loaded onto private boats and carried to their respective docks to be carried to the homes/businesses. 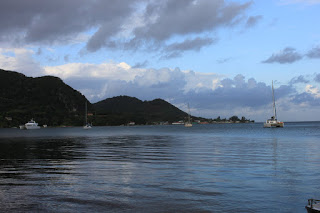 As we like to tell people: We like the remoteness that is Guanaja, but living here is not for everyone.